Training on applying GIS and Spatial Data Technologies to Transportation 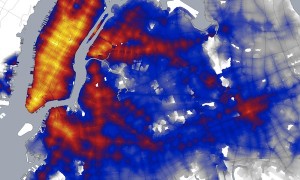 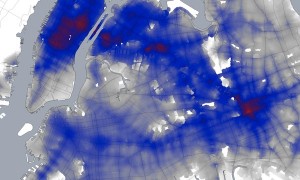 The yellow areas are the parts of the city that 7.5 million New Yorkers can reach from home in less than an hour by public transit and walking. The red areas are within an hour’s commute of 6 million people in the metropolitan area. The blue areas are accessible by 4 million people, and the gray areas by 2 million.These two maps were built using Census data and the OpenTripPlanner route-planning tool, a multi-modal, open-source platform that models travel itineraries for users . Also with the help of  GTFS data feeds from transit agencies and other sources.